Added 1 week ago by
3 Views
EllaLink has successfully landed its express submarine cable in Madeira, Portugal on the 22nd of January 2021.
The dedicated infrastructure of the Madeira branch is a common project between EllaLink and EMACOM
The EllaLink cable incorporates technology capable of providing the most advanced submarine telecommunication system with 30Tbps of potential capacity.
The dedicated cable connecting Madeira and the Portugal mainland has approximately 1.100 kilometres.
The underwater optical system will allow a high capacity and low latency connection between Lisbon and Funchal.

Madeira branch also includes the EllaLink GeoLab.
This initiative aims to provide the scientific community with real-time, accurate, and relevant data on seabed conditions, through monitoring the seismology, volcanology, marine ecology, and oceanic activity via the DAS system.

About EllaLink:
EllaLink is the owner and operator of an advanced optical platform offering secure high-capacity connectivity on a unique low latency transatlantic route serving the growing needs of the Latin American and European markets. The EllaLink network directly connects Brazil and Europe, linking the major hubs of São Paulo, Rio de Janeiro, and Fortaleza with Lisbon, Madrid and Marseille.

The EllaLink System is being built with state-of-the-art coherent technology initially offering 72Tbps of capacity over four direct fibre pairs between Europe and Brazil and connecting as well the island of Madeira and the Archipelago of Cabo Verde with future extensions to Morocco, Canary Islands, French Guiana, Mauritania and South Brazil.
EllaLink is a privately funded and independent company committed to providing products and services on a Carrier Neutral and Open Access basis. Marguerite II, a pan-European equity fund active in the renewables, energy, transport, and digital infrastructure sectors, is the main shareholder of EllaLink. 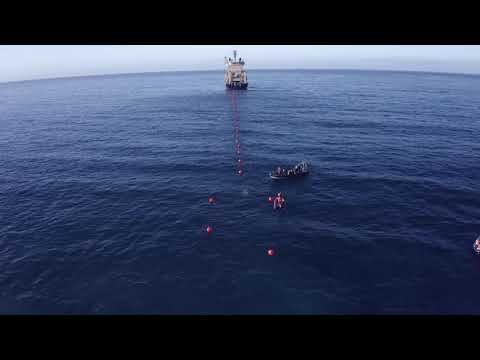 EllaLink has successfully landed its express submarine cable in Madeira, Portugal on the 22nd of January 2021. The dedicated infrastructure of the Mad...