Added 1 month ago by
12 Views
Information about the song:
It's relatively unknown, there's no song title nor is there info about when it was recorded. It was possibly recorded sometime in late November or early December as Henri posted a photo of his brother in front of a computer onto his Instagram page on 1 December 2020. The song was created for the sole purpose of being background music for Gilbert Trejo's video documentation of Autumn De Wilde's photo session with Kendall Jenner. Henri used the "EarthQuaker Devices Rainbow Machine" for the ethereal wavy sound of his guitar. Post-song banter can be heard at the end where someone says "Are you recording?", although it's hard to make out. No lyrics were provided, but interpreted lyrics can be found at the bottom.

Information about the video:
As previously stated, this video is Gilbert Trejo's video documentation of Autumn De Wilde's photo session with Kendall Jenner. The photo session was for Vogue CHINA's February 2021 magazine issue about Kendall's rise to stardom and her speaking out on helping vulnerable children in need, and supporting communities with environmental initiatives with water. The photoshoot location was at The Paramour Estate in Los Angeles, California. Max Ortega, Sandy Ganzer, and Evan Frausto all helped with styling with hair and make up, and Meghan Gallagher at "Connect the Dots" helped produce it all. In the end, Alex Cherry helped with editing the video.

The video was ripped directly from Instagram, with the audio feeding into my ZOOM H4N Pro (since the original video download had bad audio compression). Although the audio stream is still lossy, it provides a great sampling rate of 44.1kHz/16-bit. 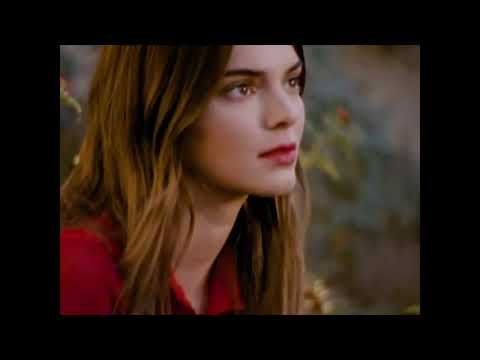 Information about the song: It's relatively unknown, there's no song title nor is there info about when it was recorded. It was possibly recorded some...