Added 4 weeks ago by vindheim
7 Views
The Gil Eannes Hospital Ship, built in Viana do Castelo in 1955, supported, for decades, the Portuguese cod fleet that operated in the banks of Terra Nova and Greenland. After cod fleet was deactivated, it was left to rot on the docks of Lisbon for many years. On January 31, 1998, it was received festively in Foz do Lima, where, after being cleaned and restored, was opened to the public on August 19, 1998, assuming itself as an attraction pole for Viana do Castelo.

Since the Gil Eannes Ship was put on display at the old commercial dock in Viana do Castelo, the Gil Eannes Foundation has had the objective of transforming Gil Eannes into a museum space, thus contributing to cultural, tourist and scientific development, especially in areas related to the sea.

Thus, over the years several rehabilitation and restoration works have been carried out, providing visitors with contact with the various spaces characteristic of a vessel such as the command bridge, engine room, kitchen, bakery and several cabins as well as the spaces integrating the hospital area with the doctor's office, treatment room, radiology office, wards and operating theater, thus allowing the visitor to acquire a bit of the history of the hospital ship and the cod fishing that was done in the seas of Newfoundland and Greenland. 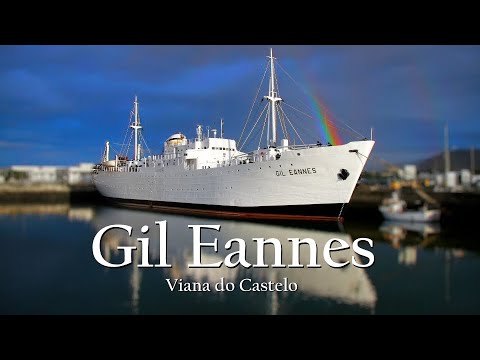 The Gil Eannes Hospital Ship, built in Viana do Castelo in 1955, supported, for decades, the Portuguese cod fleet that operated in the banks of Terra ...