Added 1 month ago by vindheim
13 Views
This whole story about the Gazcidla came about because of a curious tower with a somewhat unique shape that I saw somewhere in some photos published on social networks.
After a search I was able to locate the exact location of the tower's location.
Having no idea who this tower belonged to, I didn't even know if it would be possible to access it. I decided to go to the site to investigate.
Then I realized that the site was some type of GALP facility due to the still existing symbology. And through Google Maps I saw that the street name was CIDLA. So I immediately associated the name GAZCIDLA. Prior to the existence of GALP.
What I didn't know was that the place was abandoned. Or rather it seems the facilities are for sale.
So I decided to explore the enclosure.

“Cidla - Combustíveis Industrias e Domodomésticos, Lda.” was a company created by “Sacor” in 1939, with 51% of the share capital, destined for the commercialization and distribution of gas.
On November 11, 1940, following the guidelines of the Estado Novo, for Portugal's self-sufficiency in the areas of oil and energy, SACOR inaugurated the Cabo Ruivo refinery with the presence of its founder, Romanian Martin Saim.
In 1958, the refinery underwent expansion and remodeling works, making it able to sell various fuels for domestic and industrial applications.
In sequence, CIDLA, the Industrial and Domestic Fuels company, L.da, was created, which originated the domestic gas brand Gazcidla.
Gazcidla spread quickly across the country, through a network of agents, helping to improve conditions for many Portuguese.
In the city of Penafiel, on April 15, 1959, Duarte & Malheiro L.da, a company owned by António Pinto Duarte and Carlos Viegas Malheiro, opens at Praça Municipal Nº 53.
In addition to the sale of the Gazcidla, the entire burning apparatus was also sold, such as: stoves, water heaters, heaters, items for camping-gaz, refrigerators and lighting lamps.
The stoves sold by Cidla were all national products, although they came from several factories such as: Presmalt, Portugal, Oeiras, Leão and Siul.
Named Central Agency of Gazcidla, its area includes, in addition to Penafiel, the municipalities of Gondomar, Valongo, Paredes, Marco de Canaveses, Baião, Castelo de Paiva, Resende and Cinfães, locations where there are depositary agents for the product, and as such responsible for its distribution and sale.
Cidla had two sales systems, one for immediate payment and the other for installments, the latter within a maximum period of two years and which is being greatly preferred by the less affluent classes who take advantage of this facility to purchase the desired device.
When the “Gazcidla” arrived in Penafiel, the old wood stove at home went into retirement.
There was no more smoking in the kitchen, which blackened the chimney, pots and pans.
The time it took to turn on the fire and heat the stove was greatly reduced.
It commercialized two types of gas: Butane gas under the “Gazcidla” brand and propane under the “Propacidla” brand, having remained on the market alone until 1960.
“Gazcidla” promoted and sponsored many automobile events, and even sponsored the Sporting Clube de Portugal cycling team for several years.
“Cidla” was nationalized in 1975, together with Sacor, Sonap and Petrosul, and all integrated in Petrogal.
In the Azores on Rua da Ponte there is a Café Restaurant with the name of Gazcidla from an old gas factory that once existed on the site, located on the western tip of the island. Quite popular, grilled limpets are famous.

To continue creating my Videos, to be able to travel and purchase the necessary material, any help is very important. Any type of donation, small or large, is welcome. Thank you very much. Access the link:
https://paypal.me/Helderhugo?locale.x=pt_PT 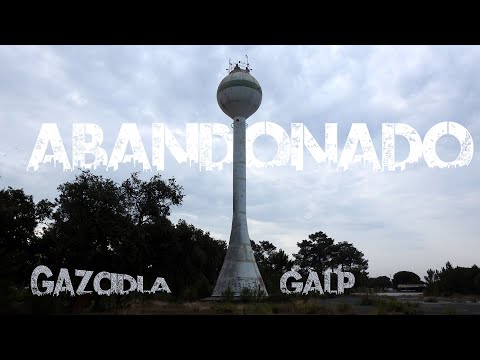 This whole story about the Gazcidla came about because of a curious tower with a somewhat unique shape that I saw somewhere in some photos published o...